Anthony’s Newport News office is conveniently located across the street from the shipyard  at 4302 Huntington Avenue, Newport News, Virginia 23607.  On the Southside in Norfolk, client’s can visit Anthony at his Norfolk office, 425 Monticello Avenue, Norfolk, Virginia 23510 and in Virginia Beach at One Columbus Center, Suite 600, Virginia Beach, VA 23462

Many of our clients are locals, union workers, students, vacationers, and military men and women.  We offer reasonable fees, discounts, and payment plans in most cases. 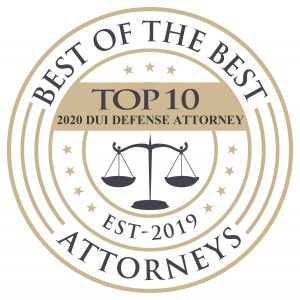 SOME OF OUR DUI/DWI RESULTS:

ALTHOUGH EVERY CASE IS DIFFERENT AND THE RESULTS OF ONE CASE DO NOT GUARANTEE RESULTS IN A DIFFERENT CASE, SOME OF ANTHONY MONTAGNA,  III’S FAVORABLE DUI/DWI RESULTS ARE THE FOLLOWING:

Pursuant to “Impaired Driving: Get the Facts” from the Centers for Disease Control and Prevention, “Every day, 29 people in the United States die in motor vehicle crashes that involve an alcohol-impaired driver.1 This is one death every 50 minutes.1 The annual cost of alcohol-related crashes totals more than $44 billion.2″

Impaired driving, DUI, and DWI are serious problems.  If you have a drinking or drug problem, get help.  If you find yourself charged with DUI or DWI, rest comfortably that Montagna Law is here to help you and to provide unmatched legal representation.

Please do not drink and drive. Alcohol can have some subtle effects on a person.  However, if you are charged with DUI/DWI in Norfolk, VA, contact Montagna Law.  We can discuss with you whether you may need a forensic toxicologist.  In any case, Montagna Law is here to help 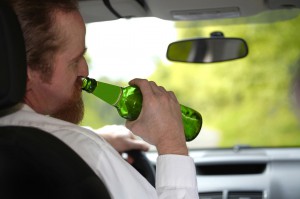 Pursuant to “Impaired Driving: Get the Facts” from the Centers for Disease Control and Prevention, “Every day, 29 people in the United States die in motor vehicle crashes that involve an alcohol-impaired driver.1 This is one death every 50 minutes.1 The annual cost of alcohol-related crashes totals more than $44 billion.2″

Impaired driving, DUI, and DWI are serious problems.  If you have a drinking or drug problem, get help.  If you find yourself charged with DUI or DWI, rest comfortably knowing that Montagna Law is here to help you and to provide unmatched legal representation.

When you need a Chesapeake DUI lawyer, you should call the best. Anthony has been zealously representing civilian and military personnel in DUI and serious traffic cases since 1993.  Anthony has the knowledge,  skill, and compassion to obtain the most favorable dispositions for his clients. Anthony will carefully explain all the elements and penalties of a DUI and will “walk with you every step of the way” during the course of his representation of you.

PROUD TO REPRESENT OUR SERVICE MEN AND WOMEN

When someone is charged with a DUI in Newport News, Norfolk, Virginia Beach, Chesapeake or anywhere in Hampton Roads, he or she is often afraid, nervous, and concerned.  With Anthony by your side, you can rest easily knowing that he will represent you like he would want a colleague to represent his family member.  Anthony is tough as nails and appreciates the opportunity to serve you.

Anthony was born on August 19, 1968 at Camp LeJeune, North Carolina. After several months, he and his family moved to Norfolk, Virginia, his father’s home town.

As the son of an attorney who served his country proudly on active duty and in the reserves in the United States Navy Jag Corps, Anthony has the necessary experience and knowledge to ensure you get the results that you want. He has been involved in the law since 1993 and is well known for his knowledge of the law and familiarity with the judges in Norfolk, Virginia Beach, Newport News, and all of Hampton Roads, VA.

“Practicing law since 1993, I know each DUI/DWI case in Chesapeake, VA is different, and I provide personalized attention for each client,” says Anthony. “I am committed  to providing my clients with zealous and skillful representation. I know that my client’s case is a serious concern, and I treat every client like I would want my family treated. I am here to guide you through the complexities of your case and to provide you simple, straightforward answers to your questions.”

A CHESAPEAKE DUI LAWYER WHO HAS WELL ROUNDED EXPERIENCE:

In addition to representing individuals who were seriously injured as the result of the negligence of others, Anthony has successfully defended individuals charged with serious criminal and traffic offenses, like murder, rape, robbery, hit and run, and DUI. He has represented men and women dealing with contested and uncontested divorce, custody, and support issues. Anthony is driven to succeed and prides himself on his extensive preparatory research – vital to a favorable verdict.

Anthony strives to answer all questions, to provide regular updates and return all phone calls. If you want an attorney who will think outside of the box, make your case a priority and work hard for you, Anthony is the attorney for you.

1. When you consider hiring an attorney, know that Anthony is here to help you. He is uniquely qualified to handle your simplest or most complex legal matter. Anthony will fight for you in court to ensure that your rights and entitlements are fully protected. He is only satisfied when you are satisfied and amazes people with his quick response to telephone and email requests.

2. Anthony practiced law with his father for over 20 years before he joined Montagna Klein Camden LLP. Anthony’s father was a retired Captain from the Naval Reserves and former Judge Advocate General (JAG). Anthony Montagna, Jr. taught Anthony everything about the division of military pensions, Survivor Benefit Plans (SBP), Thrift Savings Plans (TSP), and Leave and Earning Statements (LES). With the knowledge he acquired from working with his father, Anthony is ready to tackle your divorce, custody and support issues.

3. Since 1993, Anthony has defended military and civilian individuals charged with DUI and  serious crimes. He has won countless driving under the influence, reckless driving and traffic cases. As an attorney who has successfully represented individuals charged with murder, abduction, strangulation, rape, robbery, and drug crimes, Anthony is well known for his aggressive representation and complete preparation in defending his clients. Additionally, Anthony has successfully obtained large settlements and trial verdicts for his clients, who were injured in serious automobile, motorcycle, and trucking accidents. When you need a lawyer who thinks outside of the box and obtains great results, call Anthony today.

HIGHLY SKILLED CHESAPEAKE DUI LAWYERS, WHO YOU CAN TRUST

When you want skilled DUI lawyers for your case in Chesapeake, VA, you cannot go wrong calling Anthony Montagna, III and Montagna Law. Anthony has been zealously representing civilian and military personnel in DUI cases since 1993.

Anthony has the knowledge, skill, and compassion to obtain the most favorable dispositions for his clients.  Anthony will carefully explain all the elements and penalties of a DUI and will “walk with you every step of the way” during the course of his representation of you.

WHAT IS A DUI?

Fourth or Subsequent Offense within 10 years:

What are field sobriety tests? They are used to assist officers in evaluating whether an individual is impaired. The most common field tests are: Horizontal Gaze Nystagmus (HGN), nose touch, alphabet, one leg stand, walk and turn, and preliminary breath test (PBT).

What is implied consent? If you drive a motor vehicle on a highway, as defined in the code, that you agree to submit to the breathalyzer or blood test to determine the presence of alcohol or drugs.

What are the approved interlock devices?

What are some frequently asked ASAP questions?
1.  How long will I be under ASAP supervision?
You will be under ASAP supervision for the entire term the court imposes which varies from case to
case.
2.  Is ASAP a 10-week class only?
No, while a 10-week education class may be one required component of ASAP probation, supervision
monitoring, ignition interlock monitoring, substance abuse treatment (if required) and any special
conditions ordered by the court may apply.
3.  Can I transfer to another ASAP?
Yes, under certain circumstances you may be able to transfer to another ASAP. You will need to contact
your ASAP case manager for this request.
4.  Can I bring family or friends with me to the ASAP classes?
No, family members and friends are not permitted in the ASAP class.
5.  What happens if I miss an ASAP class?
ASAP class attendance is mandatory. Your case manager will provide information to you regarding
missed classes.
6.  Can I drive to a gas station or grocery store?
The DC261 provides information on the approved destination restrictions. Please refer to this
document.
7.  Does the ASAP select the ignition interlock vendor for me?
No, you are responsible for selecting the ignition interlock vendor from the state approved vendor list.
8.  Can I drive before I get the ignition interlock installed?
No, you must have the ignition interlock installed before you can drive anywhere.
9.  Who tells the DMV when I complete the ASAP?
The ASAP will electronically enter completion into the DMV system once all ASAP requirements have
been met.
10. Will all my ASAP fees have to be paid before I can get my license?
Yes, all your ASAP fees will have to be paid in full before you can get a license. The DMV will not issue
you a driver’s license until completion has been entered in the DMV system by the local ASAP.

Do you have a link to ASAP?

IF YOU SEEK INFORMATION ABOUT YOUR CASE, PLEASE FOLLOW THIS LINK.