NORFOLK DIVORCE LAWYER DISCUSSES HOW TO EVALUATE YOUR LAWYER 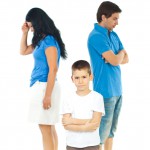 YOUR NORFOLK DIVORCE ATTORNEY SHOULD BE…

Divorce is one of the most stressful things that can happen to a family. It involves an upheaval of memories, emotions and division of personal belongings. It  also uproots the sense of security of any children involved. That’s why it’s so important to hire a competent, calm and experienced family law and divorce lawyer to handle the proceedings. This page will hopefully share some ideas how to evaluate a Norfolk divorce lawyer.  Don’t be afraid to “shop around” for an attorney with all five of the following qualities:

The family law and divorce lawyers at Montagna Klein Camden make it a point to model our firm around these five qualities. We recognize the importance of our clients’ unique needs, feelings and circumstances, and do our very best to provide caring, productive legal counsel to people in Hampton Roads, Virginia. Considering divorce? Call us toll free to schedule a free initial legal consultation at (877) 622-8100 or contact us online. An experienced divorce lawyer will contact you shortly.